We’ve been to this part of Australia twice in four months and each time the plan has been to proceed around the Ayre Peninsular and then over to Western Australia.

Last time we were confronted with a “Defining Moment” which resulted in us changing direction and heading east to work at Koramba Cotton Farm.

This time the plan was similar to last time – circumnavigate the Ayre Peninsular, eventually ending up at Ceduna and then crossing the Nullarbor Plain to Kalgoorlie, Perth and looping around the bottom of WA to Esperance.

We’d only driven down this far south (Port Parham) because we needed to take my computer into Adelaide to be repaired – the mother board failed on it – thankfully leaving all my data intact on the hard drive.

Port Parham was very convenient because it’s reasonably close to Adelaide, has water, good toilets, is by the bay and, best of all, is free with no time limits.

It took a week to get the new motherboard shipped in and make good the repair so we had little to do but walk along the beach and try to fill in the days as best we could. It was really difficult to be in a place so long and not be able to work. We met two lovely couples, both from Queensland, and one of the ladies turned out to be absolutely hilarious. She had us in fits for two days and two nights as she reiterated the escapades of her life on the road with hubby.

She told us how on the second night at Port Parham she decided to cook a roast dinner. Hubby was nowhere to be found to assist so she did it all herself. Using all the pots and plates she asked hubby to help with the dishes but he says he’s too tired and promptly lies down on the bed and turns on the TV. Of course she’s so angry she starts bashing the pots and pans as she’s cleaning up which prompts hubby to tell her to keep it quiet as he can’t hear the TV! She had me in tears of laughter at the way she told the story.

The one draw back with this spot is that it was so cold!

The nights were especially cold. Thankfully we had flannelette sheets on the bed, a warm rug and the doona and so we were quite snug and cosy until we got out of bed. In the mornings the windows of the car were covered in thick ice, just as I remember in Christchurch in the winter.

Pouring cold water over the wind screen to remove the ice.

It’s after 8am in the morning and the ice is rock hard and not melting yet. No wonder they move north for winter.

So it was in this very pleasant but cold spot that we reassessed our situation once again.

I’m a long way behind in producing two computer programs and starting to get behind in a third. I’m finding life on the road is still as enjoyable as ever and I don’t think we could easily stop but the downside is that it’s very difficult to do computer work. The work is such that you can’t just turn it on and off for 3 or 4 hours a day and it requires a level of concentration that is nigh on impossible in the van.

Maintaining the whole thing is not so bad it’s just the stage we’re at right now with the redevelopment of the programs that’s hard as it’s above my current level of knowledge and requires a very steep learning curve if I’m ever to succeed.

In addition, it’s hard for Kerrie to creep around the van in silence so as not to disturb me.

Chris has been cooking veggie damper to keep occupied. Add the homemade soup for a very warming dinner.

We decided that if we were ever to complete these programs and fulfil this long held dream we had to find a place where we could sit for 3 months in peace and quiet to enable me to get this thing done.

It would need to be a place preferably where we didn’t have to pay caravan park fees and somewhere that Kerrie could work, at least part time, so she doesn’t go mad sitting in one place in silence.

Martyn Morrissey, our boss at the Koramba cotton farm, had offered us a position back at the farm before we left for Trephina Gorge, so we phoned him to see if he still had anything going. As a result we’ve been offered a free van site, food and power and a job for Kerrie working around the Koramba camp and the farm. There’s work there for me as well if I want it.

This is a perfect solution and so we made a commitment to take up the offer for the next 3 months.

It means I’ll have the time and the quiet environment to get this job done while Kerrie is employed and earning as well. It also means we’ll be able to drive to Brisbane every two weeks and catch up with family and friends.

We’re extremely happy with this as it solves a problem that was starting to become quite difficult and we can head off west again in spring or early summer – by far the best time to do the Ayre Peninsular and WA.

This means turning east again from almost the same location as last time we were here and again putting on hold travelling to the Ayre Peninsular and Western Australia.

So it was with a great deal of peace and joy that we once again packed up the Aussie Wide and headed the Nissan away from Port Parham towards Queensland.

We’ll head for Broken Hill first and then from there to Bourke and then Lightning Ridge to see if we can find our fortune in Black Opal. This is something we wanted to do last time but the floods had cut the road to Bourke and we were unable to. This time the roads are all open.

From there we’ll head to St George and then down to Talwood and the farm. We’ll leave the caravan at the farm and drive to Brisbane where we’ll stay for about 4 days allowing us to see the State of Origin in Queensland – YEAHHHH!

We’ll then head back to the farm and start work.

Life does have its wonderful twists and turns does it not? 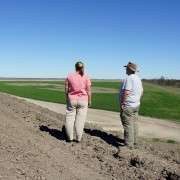 Chris and Kerrie Jones Life gets more interesting every day at Koramba Farm. 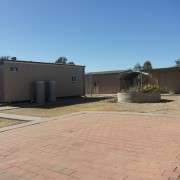 The farm has closed: 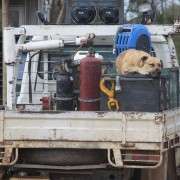 Dogs are a man’s best friend: 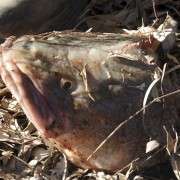 Back to the Farm

Here one minute gone the next: 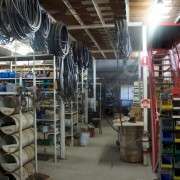 To Broken Hill and Bourke
Scroll to top